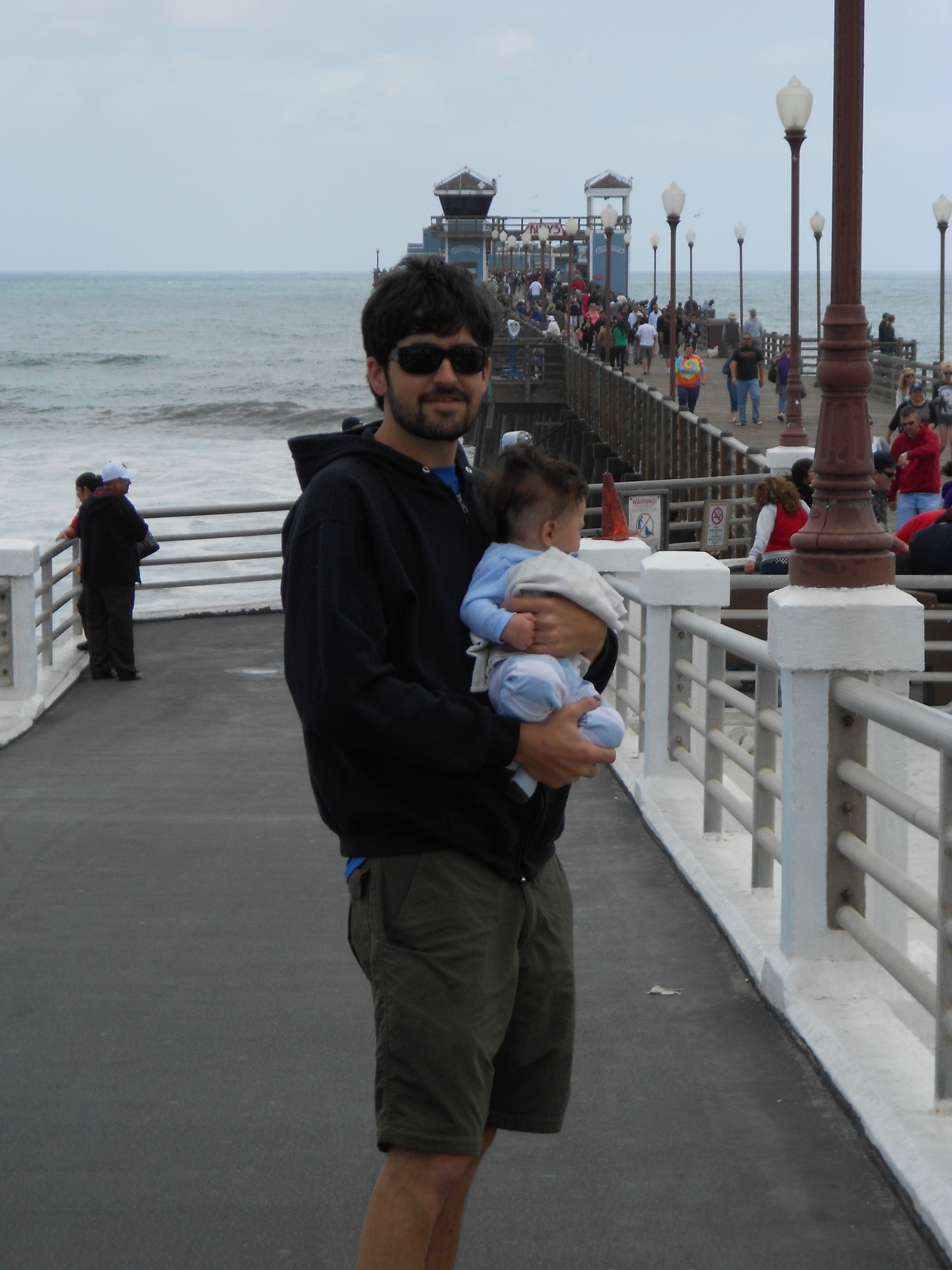 A month long journey to reach the ocean makes the waves a lot more satisfying.

A month long journey through the desert makes the activity of a bustling beach town overwhelmingly surreal.

Although our mountain-locked selves are always excited to see the ocean, today we were more absorbed by the ridiculous host of characters and scenes which played out around us. Perhaps we have been too long in Buena Vista’s bubble because the pandemonium at Oceanside’s Pier resembled the opening act of a three ring circus.

Straight out of American Graffiti, cars cruised the narrow boulevard along the beach’s edge. Bike lanes were crowded with peddled surreys maxed out to occupancy with 2.5 children sitting in front baskets. Life guards leaned on the edge of towers making Baywatch seem more documentary than fiction. And all around hundreds of people moved in thousands of directions creating a steady stream of chaos.

The kids in particular seemed so foreign to me. I am officially of another generation. I know my reckless youth is behind me when I watch and am bewildered by their dress and dishevelment. How out of touch I am! I want to pull up the boys pants and tie their shoes and implore the girls to buy slightly larger clothing. Pier-side flirtations were rampant as boy shouted words at girl who replied with snappy remarks. We were caught in the middle with two babies in our arms, straight from the country and worlds away from the side shows.

While I talk about Generation Me, the digital natives, I mustn’t ignore the silent generation, the boomers, the X’s and the babies that swarmed the beach. We were in a packed snow globe of diversity on the ocean’s edge. How refreshing for us who left the security of a small mountain town one month ago and traveled through the desert hoping to find something different. Today we did.